In the early 1880’s, the German speaking settlers southeast of the town of George desired to have a place to worship God together. The settlers began meeting for Sunday worship services in a school house one and a half miles east of the present church.  Various pastors in the area would conduct the services and in 1886 and 1887, the interested immigrants asked Rev. K. B. Weiland of Hospers, Iowa to organize a congregation.

Rev. Weiland contacted the Presbytery of Ft. Dodge.   In May, 1887 a meeting was called to determine the name of the church and list the members willing to establish the new congregation.  The following people were charter members: Albert Arends and his wife Volke,  Jan Smid, Harm V. Behrends, Jan Blumeier, Mrs Jan Cramer, Harm Willemssen and his wife Henrietta.  In the beginning, the church’s name was The First German Presbyterian Church of Lyon County, Iowa.  Later the name was changed to Lyon County First Presbyterian Church.   In October, 1887 the newly organized group met for the purpose of calling a minister.  A new manse would also be needed. 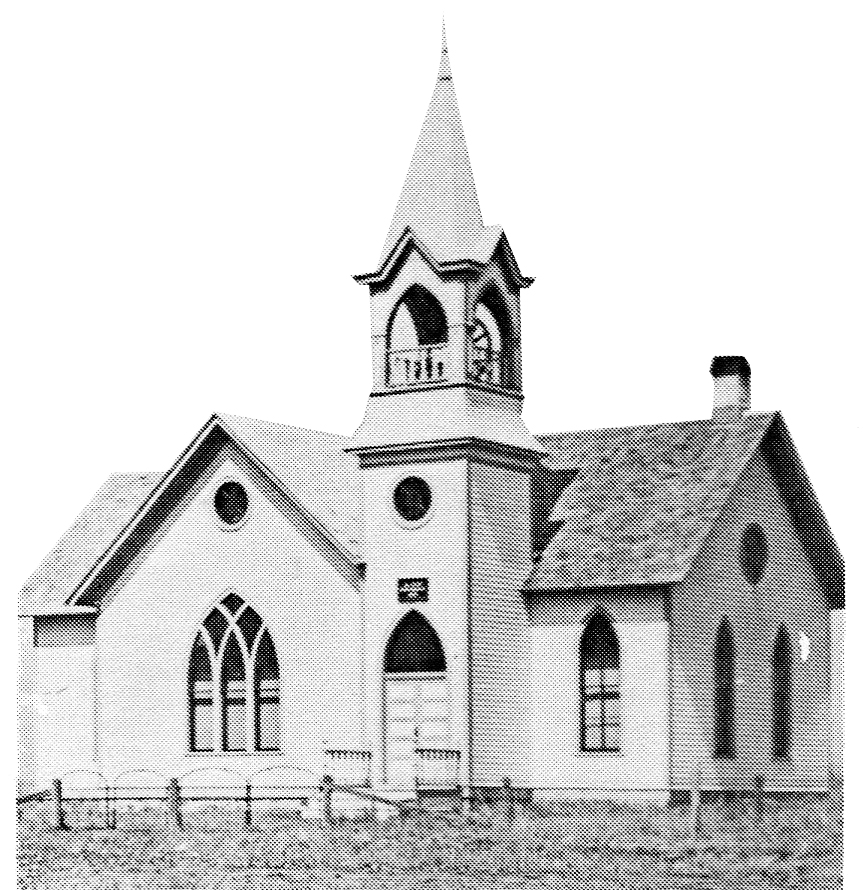 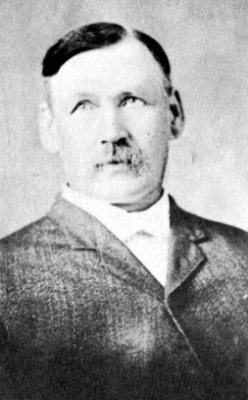 Rev. Henry Wortman was called to be the pastor in 1888.  He and his family moved into the new manse that same year.  Four acres of land for the church property and cemetery were donated by Harm Willemssen and Albert Arends.  A school house that had a steeple was available to buy, so it was purchased and moved to the site.  As the congregation increased in numbers, the schoolhouse was too small so an addition was added in 1891.  Rev. Wortman was highly respected and the congregation continued to grow.  In 1912, Rev. Wortman died unexpectedly.  There were 76 members by this time. 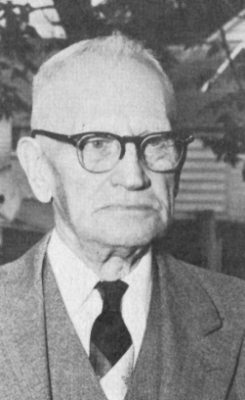 The congregation then sent a call to Rev. F. J. Beving.  He accepted the call and was installed as the pastor in October, 1913.  Under his leadership and direction, the church continued to grow. Improvements in the church included digging a basement under the church, and  electric lights were installed in both the church and the manse.  Additional ground for the cemetery was purchased from John Wortman in 1915.  A new fence with an arched gate was erected around the church and manse in 1922.   In 1935, Rev. Beving accepted a call to Avon, South Dakota.  The membership roll showed 204.  He married 69 couples, baptized 191 children and adults, and conducted 57 funerals.

Rev. Fred Langenberg was installed as the next pastor in October, 1935.  The congregation continued to grow and improvements continued to be made.  The interior of the manse was redecorated before Rev. Langenberg arrived.  The following year the church was equipped with a loud speaker system.  In 1937 a new furnace was installed in the church.   The 50th anniversary of the church was celebrated in 1937.  Church membership  was 218.  Rev. Langenberg was called to Grundy Center in 1940. 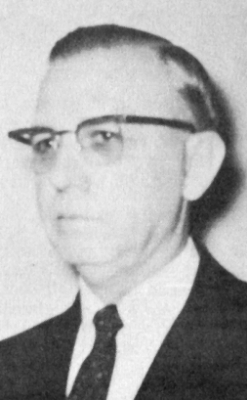 Rev. August Cramer became the new pastor in 1941.  Once again it was necessary to enlarge the cemetery so land was purchased from Walter Wortman.  Trees were planted around the cemetery.  Rev. Cramer was called to Kamrar, Iowa in 1948. 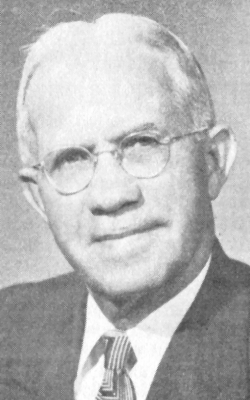 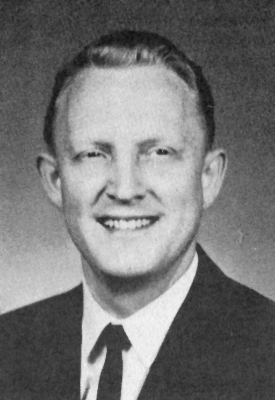 Rev. Myron Brower served the church from 1949 to 1952.  Rev. Brower and his wife willingly worked with various groups, such as the Youth Group, Junior Choir, Men’s Fellowship, etc.  In 1952, he accepted a call to Algona Presbyterian Church of Algona, Iowa. 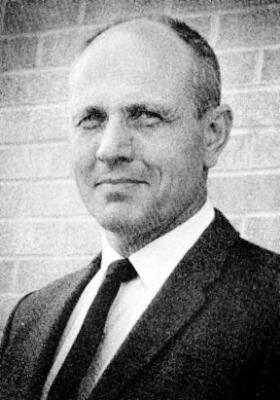 Rev. Willis Nicholson became the new pastor in 1953.  Two years later a new manse was built.  Ground breaking ceremonies for a new church were held in 1965.  A walking plow was pulled by members of the congregation while Rev. Nicholson guided the plow on the site of the building.  The new church was built and dedicated in 1966.  A bell tower was added in 1967.  One of the strengths of Rev. Nicholson was his wife Ida.  Mrs. Nicholson was a helpmate.  She was church secretary, librarian, and an active member of Dorcas, Sunday School classes and Vacation Bible School activities.

The Zion Presbyterian Church north of George merged with Lyon County First Presbyterian in 1966.  A FM transmitter was installed in 1968 by Roger Stubbe of Quito, Ecuador.  This enabled home bound members to hear the Sunday services and other important events.

Throughout his 27 years of service, Rev. Nicholson performed 141 infant baptisms, 23 adult baptisms and conducted 68 weddings.   A total of 219 people became new members.   He accepted a call from the Lone Rock Presbyterian church in Lone Rock, Iowa in 1980.

Rev. Norman Linde was called to be our pastor in 1981.  He and his wife and four children became involved in many church activities.  The church continued to grow in faith and numbers.  Rev. Linde  was called to New York to serve two churches near Niagara Falls in 1985. 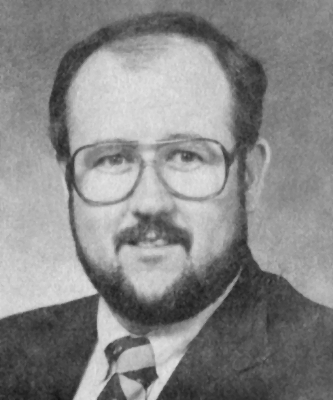 The church was blessed with the services of Rev. W.D. Martin  as an interim pastor from September, 1980 to June, 1981.  He also helped a few years later from 1985 to 1987.  Rev. Martin was willing to help when needed.  He and his wife Frances saw a need for the church to have a monthly newsletter so Frances compiled the first years of the Lamplighter, which continues on today. 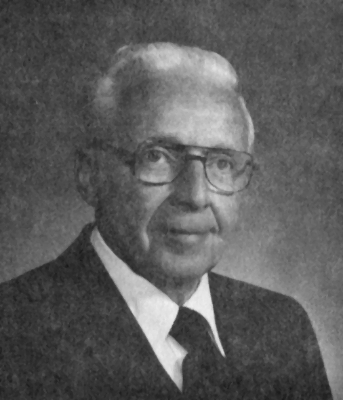 Rev. Randall Richmond accepted a call to become the pastor of our church and was installed on February 22, 1987.  It was during this time many parishioners were involved with preparations for the 100th anniversary of the church.  Rev. Richmond had a special gift of counseling those who needed encouragement and hope.  He devoted much time to visiting the senior members of the church and comforted them as health problems arose.  He served the church until August, 1993. 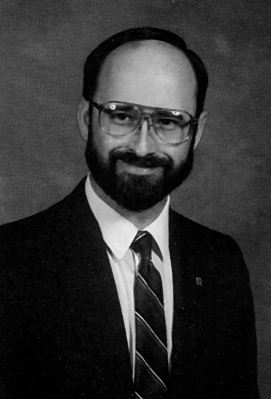 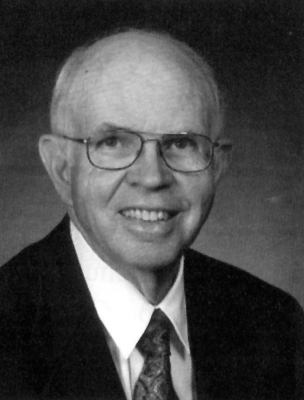 The Rev. Dwight R. Chamberlain served as pastor of the Lyon County First Presbyterian Church from December 1994 until July 2004.  With his wife Bette, they entered fully into all the events and activities of the congregation.  Besides leading worship, preaching, giving the children's sermon, teaching, and pastoral care and visitation, the Chamberlains actively participated in the Sunday School, Pioneer Club, and Vacation Bible School.  Bette enjoyed the fellowship and activities of the Dorcas Society.  They remember well the willingness of the members of the congregation to serve and contribute so much in the leadership of the church, serving as Elders, Deacons, Trustees, on all the committees, teaching, working with the youth, and with music, all to the praise and glory of God.

Dwight and Bette loved the peace and beauty of the countryside and the rich soil for planting gardens with flowers and vegetables and a small orchard of apple, pear, and peach trees.  During those years the members of the church gave great attention and care to the church property.  There were many repairs and improvements in the church building, and the manse was completely remodeled before the Chamberlains moved in.  The sacrificial service and love by everyone was greatly appreciated.

Between the interim years of 2004-2006 Pastor Dale Lint from Zoar Presbyterian Church, George, Iowa moderated session and helped with the visitation and pastoral work.

Pastor Paul Fischer came to Lyon County First in June of 2006.  Pastor Paul brought with him a great love for Christ and gifting in the area of prayer and music.  Praise Your Name, a singing group made up of parishioners who sang songs written and composed by Pastor Paul ministered through music in the area.  Pastor Paul pastored in Omaha, Nebraska for six years before arriving in George.  The prayer life of the church was strengthened and Pastor Paul made a smooth transition from city life to country living.  Pastor Paul ministered to members daily through his e-mail devotions and his sermons based on God’s word.

Throughout these past one hundred and twenty–five years, while there have been various pastors and parishioners, God has remained the same and there has always been a faithful witness of serving Christ at Lyon County 1st Presbyterian Church. 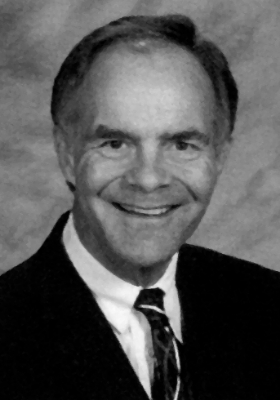